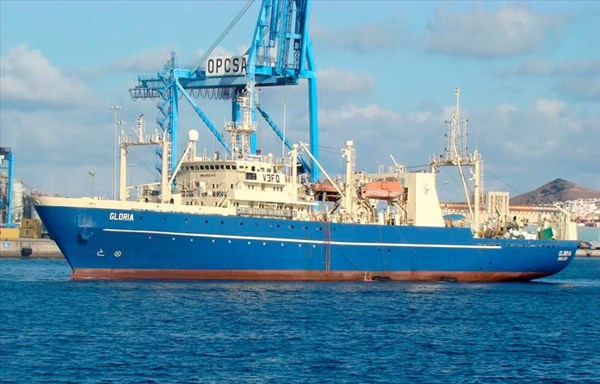 There are Icelanders involved in fisheries all around the world. Most recently the four officers on board factory trawler Gloria have been in touch. This is one of three factory trawlers operated by Omani fishing company Al Wusta Fisheries Industries.

Gloria’s skippers are Ásgeir Gíslason and Hafsteinn Stefánsson. In the last few weeks its gear has been rigged with a specially designed selection device designed to separate out large fish, which Ásgeir Gíslason reports works perfectly. 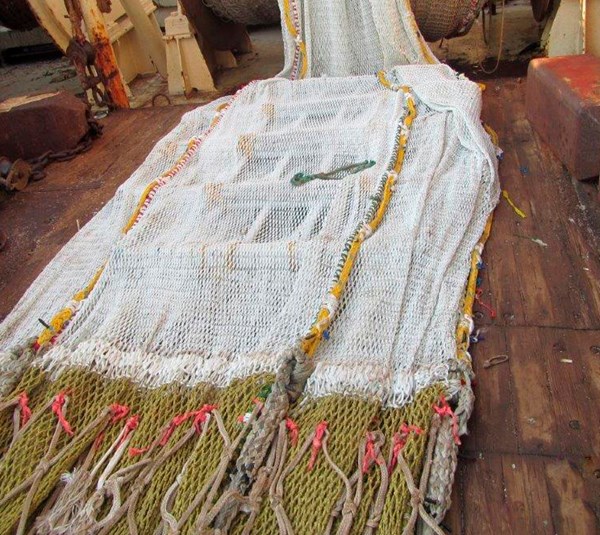 Gloria, which was built in Poland in 1989, is around 95 metres long with a 16 metre beam. It carries a crew of 68. It was previously fishing for horse mackerel in West African waters off Morocco and Mauretania, but is now fishing for mackerel and horse mackerel in the Arabian Sea off the coast of Oman.

Pelagic trawl gear is used for this fishery and in these waters any by-catches of larger fish such as moonfish can cause problems. A solution was reached when Hampiðjan’s master netmaker Vernharður Hafliðason was approached to design and prepare a special large fish separation device at the request of deck boss Haukur Ingi Jónsson. This selection grid has successfully separated out large fish species.

‘Credit should be given where it’s due. The grid fits perfectly on the net drum and it works perfectly. We couldn’t ask for more than that,’ Ásgeir Gíslason said, commenting that by-catches are generally moonfish. 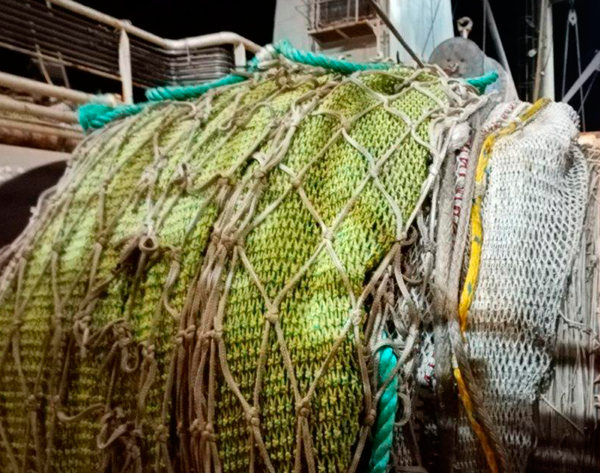 Regular catches of mackerel and horse mackerel are handled on much the same lines as in Atlantic fisheries. The fish are pumped on board from the codend at the stern and routed to the factory deck for processing. This ensures that top freshness and quality are maintained. The selectivity device routes large fish alive from the fishing gear, back to the marine environment.

In his report to the operating company, skipper Ásgeir Gíslason gave the large fish separator full marks for effectively solving all of the by-catch problems.