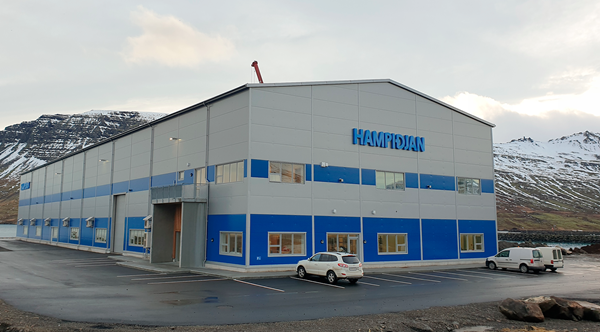 ‘It might sound like a cliché, but the fact is that this new building represents a huge improvement. So for us, this is a complete transformation of our working facilities,’ said master fishing gear technologist Jón Einar Marteinsson who manages Hampiðjan’s fishing gear division in Neskaupstaður. The magnificent new net loft opened for business on 23rd January, and a formal opening reception will be held later. 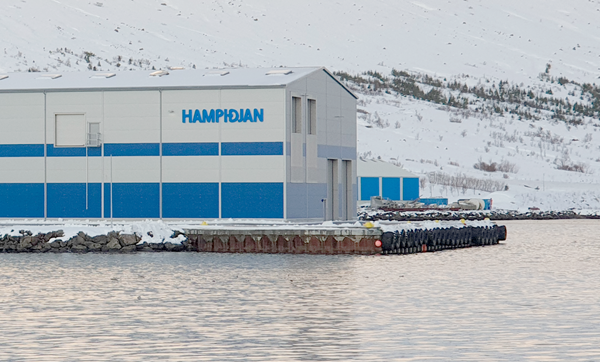 The net loft has been built on reclaimed ground on the eastern side of Síldarvinnslan’s fishmeal plant and Neskaupstaður company Nestak ehf handled the construction. The completed building was handed over to Hampiðjan at the end of last year, and according to Jón Einar Marteinsson, the time since then has gone into moving in.

‘Everything is ready except the purse seine store. We’ll have that in March and then we’ll be able to bring purse seine gear inside,’ he said.

The old premises that the new building replaces dated back to 1964-66. The new net loft is an improvement in every way, and offers plenty of new opportunities. The first consideration is that the new building is considerably larger, with all activity taking place on one working level. In comparison, the old building had working areas on three different floors. The new working area is much longer than was available before, with better working facilities. The new premises is extremely well equipped, and according to Jón Einar Marteinsson, probably one of the best fitted-out fishing gear workshops in Iceland. 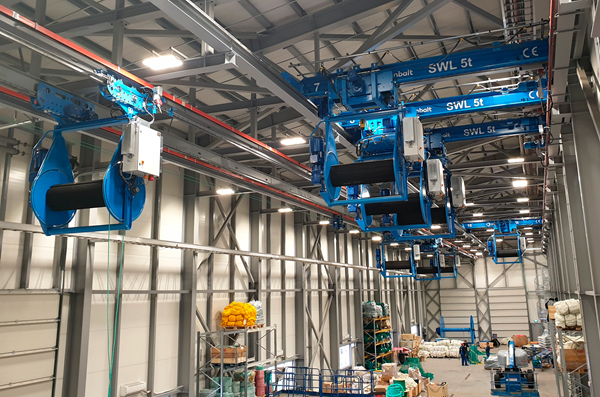 The net loft floor has three working lanes, allowing several sets of gear to be worked on at simultaneously. The purse seine lane is fitted with four 5-tonne overhead cranes rigged with powerblocks, providing a great deal of flexibility in working with both trawl and purse seine gear. In recent years there has been a trend for much larger purse seines, and it had become increasingly difficult to service purse seine gear in the old building. The new workshop’s powerblocks are larger, wider and more powerful, plus there is a greater overhead height, all of which makes working with purse seine gear easier.
The pelagic trawl lane is fitted with 25 cubic metre net drums at each end, and the 75 metre long working area with a 9 metre overhead height makes it possible to work inside on the largest pelagic trawls, while this work had previously been done outdoors, in all weathers.
The third lane has four powerblocks, providing options for working with demersal trawls, pelagic codends and other activities. 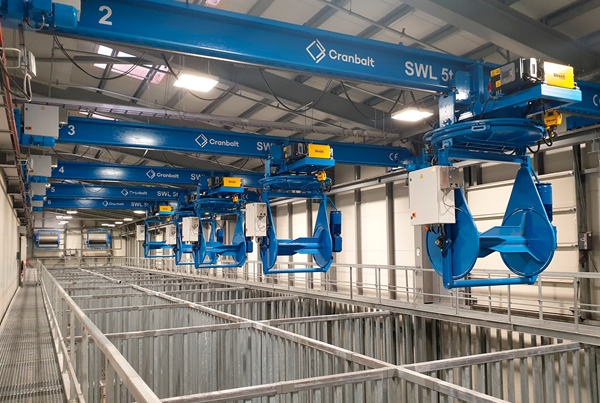 ‘We can say that this is a complete transformation of our working practices, better in every way for both customers and the net loft staff.’
It’s no less of a transformation to be able to store all fishing gear under cover, as storage had previously been outside. The fishing gear store has 26 compartments for purse seines and other gear, with each compartment measuring 200 cubic metres. The store is also well equipped, with six overhead cranes with powerblocks, plus fixed powerblocks on the walls for spooling fishing gear between ship and store, or into the net loft.

Hampiðjan runs a variety of services in Neskaupstaður. In addition to fishing gear services, the company also runs liferaft servicing, as well as a wire workshop and supplies a range of lifting gear services for local authorities, contractors and construction companies. The new building also incorporates a shop carrying chandlery goods and MarWear work clothing.

While the Neskaupstaður net loft has a large and varied customer base, it has its roots in the lcoal east coast fleet. ‘There are many visiting vessels that come to us, both from Iceland and other countries, and Neskaupstaður is only going to become an increasingly important hub. There has been a workforce of nine to ten of us working at Hampiðjan in Neskaupstapur, and I’m convinced that’s going to grow in the next few years,’ Jón Einar Marteinsson said.